“A Crack In The Cosmic Consciousness?”

A two year old boy lifts a dresser off his twin brother who is trapped underneath! This was actual footage of a home monitor in the boys bedroom. I was just thinking about the amazing expanding power of water. The human body is 90% water right

Ol’ Mother Nature notoriously performs marvelous feats such as splitting two ton boulders or lifting them effortlessly. She tosses rocks and earth around as though She were waking from a nap and slinging the covers off. Have you ever seen what happens to a sidewalk close to a sycamore tree

There is a story of a New England farmer who grew curious enough about the expanding growing powers of water in fruit and vegetables. Somehow he devised a mechanism that harnessed the lifting power of squash. The device worked like an old fashioned scale using counterweights and with a dial. Each 4 hours he would go out and record the measurement and add the counterweights. Until at last he could not even believe his own eyes.

He set up a public exhibition and invited the public. The Annual Report of the Massachusetts Board of Agriculture 1875, reported: Thousands of men and women visited the exhibition of the harnessed squash. One professor declared “I stand positively in awe!” The squash were exerting a lifting force in excess of five thousand pounds per square inch. 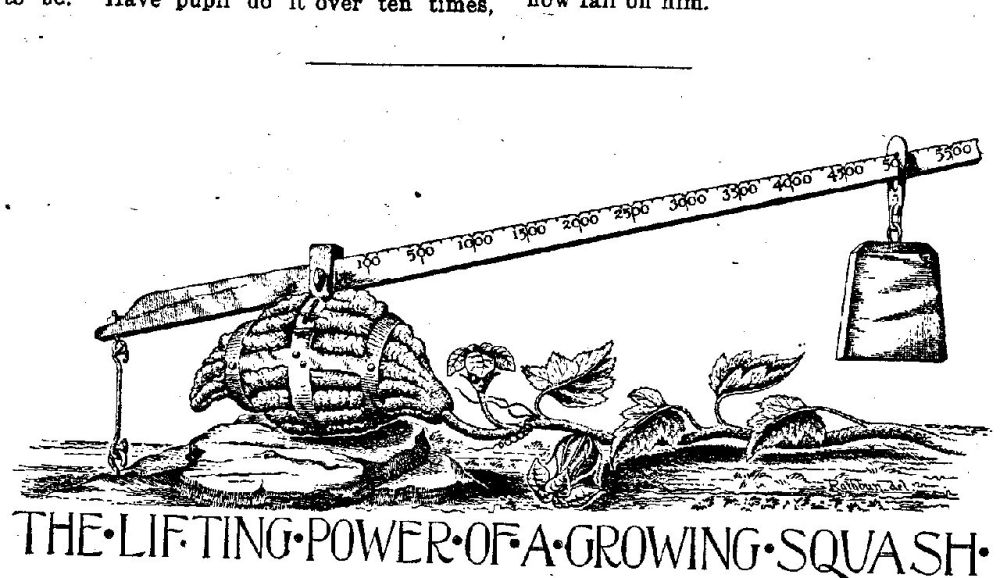 It doesn’t seem to matter what form the expanding growing force is in. When Ol’ Mother Nature adds that amazing something be it in a two year old boy, a sycamore root or a squash, that subtle, mighty force that confounds even the most learned minds.

So I have, for your convenience, converted the process into a simple equation, as it was secretly divulged to me by Ol’ Mother Nature Herself.

For those of you already in my circle here on corrlinks I will elaborate more on this phenomenon as more is divulged to me by Ol’ Mother nature. In my elaboration on Dm=Ep I will be bringing you a new and improved upon  “I think, therefore I am.”  She says it’s more like “I don’t think, therefore I am even more.” It has something to do with time. Ok more later.

PS: I think Ol’ Mother nature is using a presidium in which to communicate with me as I feel it is a gender thing. I think she is now ready to change Humanity’s way of thinking. The old book is out the new is in. A changing of the Guards so to speak.

This site uses Akismet to reduce spam. Learn how your comment data is processed.